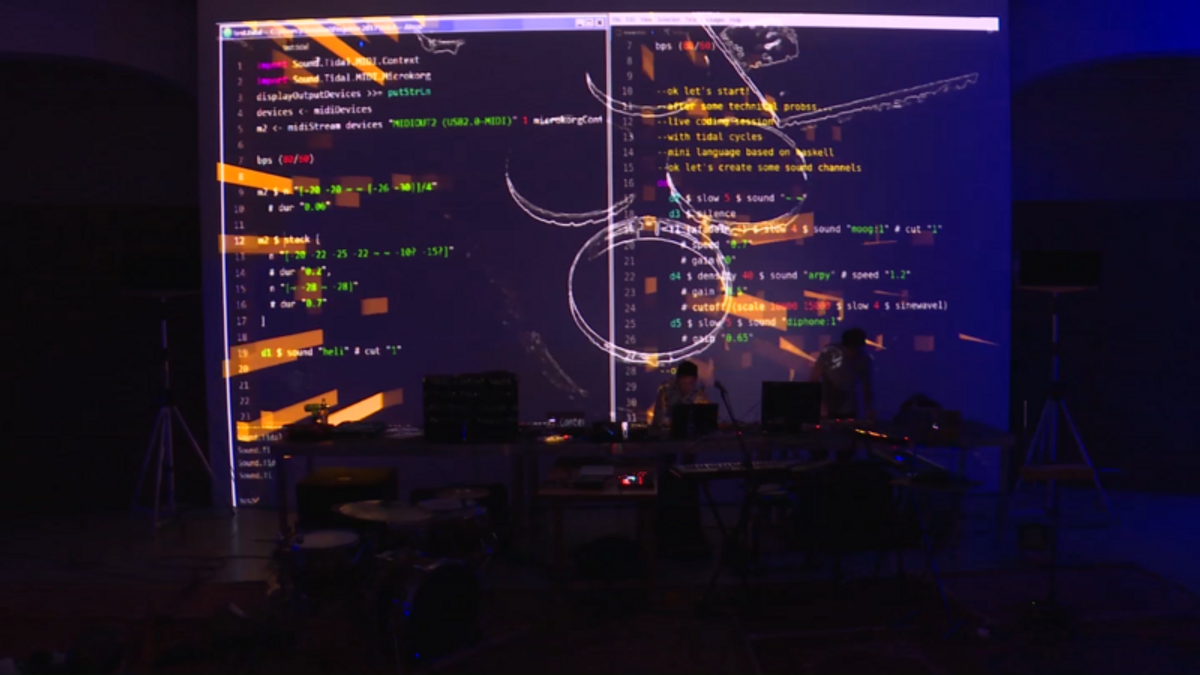 This performance is based on a small electronic music movement, which is often associated with terms like Algorave or Live-coding, i.e. musicians create live music through programming code. The language of choice for this performance work is called Tidal Cycles (short Tidal), a tiny, open-source programming language based on Haskell created by Alex McLean (UK). Using Tidal allows to perform live music and to create audio-visual patterns in real-time. In this performance work the code is projected to give the audience insight into the process. However, the projection will be modified during the performance. An easily underestimated aspect of this work is the ability to write comments as this is a common feature of programming languages. Comments open an important communication channel between the performers and the recipients. The latter can be stimulated to create own imaginations and emotions.

Synesthesia focuses on the connection between the visual perception of written code and its respective audio output. Sound is created not by gestures but by information, thus music bases on writing code and manipulating information. A new approach of describing music becomes possible and leads to completely different paradigm. Typically, musicians use the popular notes system, where music is described through rhythms and pitches of notes in a visual way. It is this very process of reading notes to obtain the information about the music that differs totally from the way how code is read, which bases on structural dependencies and variables. From a computer scientific view the language used in the performance, Tidal Cycles, can be classified under the functional programming paradigm. Other than the procedural paradigm, where the code states what to do, functional describes how it is done. Normally, musicians follow line by line several sheets of notes that describe what to play, how long to hold the notes or when to do breaks. This procedural paradigm is also called imperative. Functional programming describes how, in which structural behavior, the notes or breaks are executed. Using a different paradigm also brings a different thinking and understanding of music and opens a new perspective. 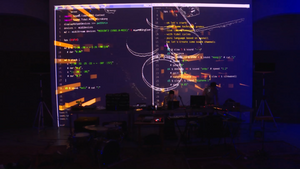 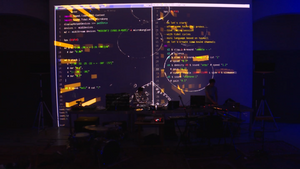 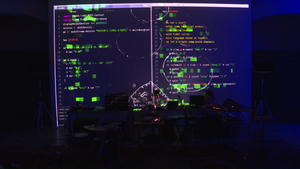