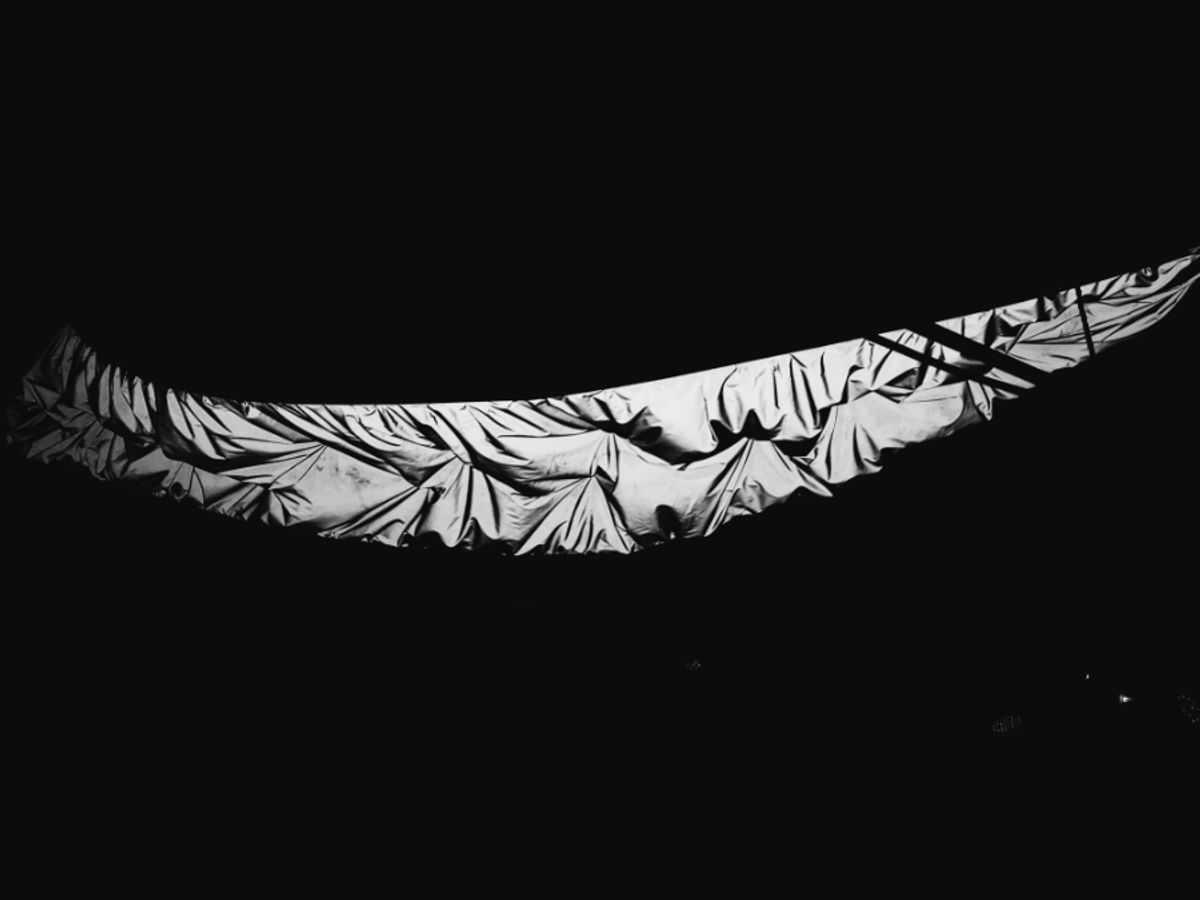 An associated term from physics describing nearly static temporal structures and movements in electrical and magnetic currents and it is taken into consideration in relation to our abstract world. QSS is a public Installation and variation of older installations and works, conceived and installed especially in the night club Objekt klein a in Dresden Germany - an open space and nightclub for safer clubbing and subculture. The piece can be visited during every night party in the club. Check their time schedule if you are in town.

Different light spots are set up in the space. Smoke is filling the space and people are entering. The installation is visible the entire time and changes its appearance when light is focussed on the observer. If standing in light focus, the fabric sculpture changes suddenly into a highly reflective and abstract phenomenon in the space. The reason can be described as the light on the body is reflected to the sculpture that reflects again to the spectator so that an individual and unique situation can be experienced. The theme is connected to the night clubbing culture where individualism and identity have important roles and are represented by the double reflexion on the sculpture. A club especially generates the space and time where people overlay with abstract and generated identity. Everyone presents a part in this situation and in this game. Light spots are shining over everybody.

QQS presents the temporal and spatial patterns and structures in the nightclub and in clubbing scene. It appears if time and space are set up and which leave participants the only feeling of pure steadiness and stall, an infinity loop that slightly changes but the differences are shading to meaninglessness. It is the unconsciously will of continuation with hard escape. 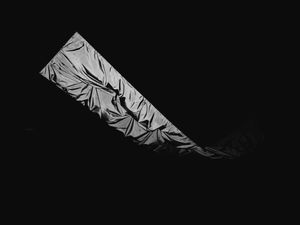 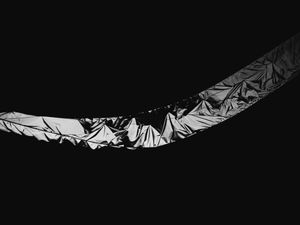 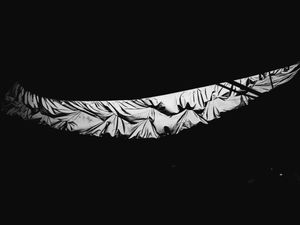