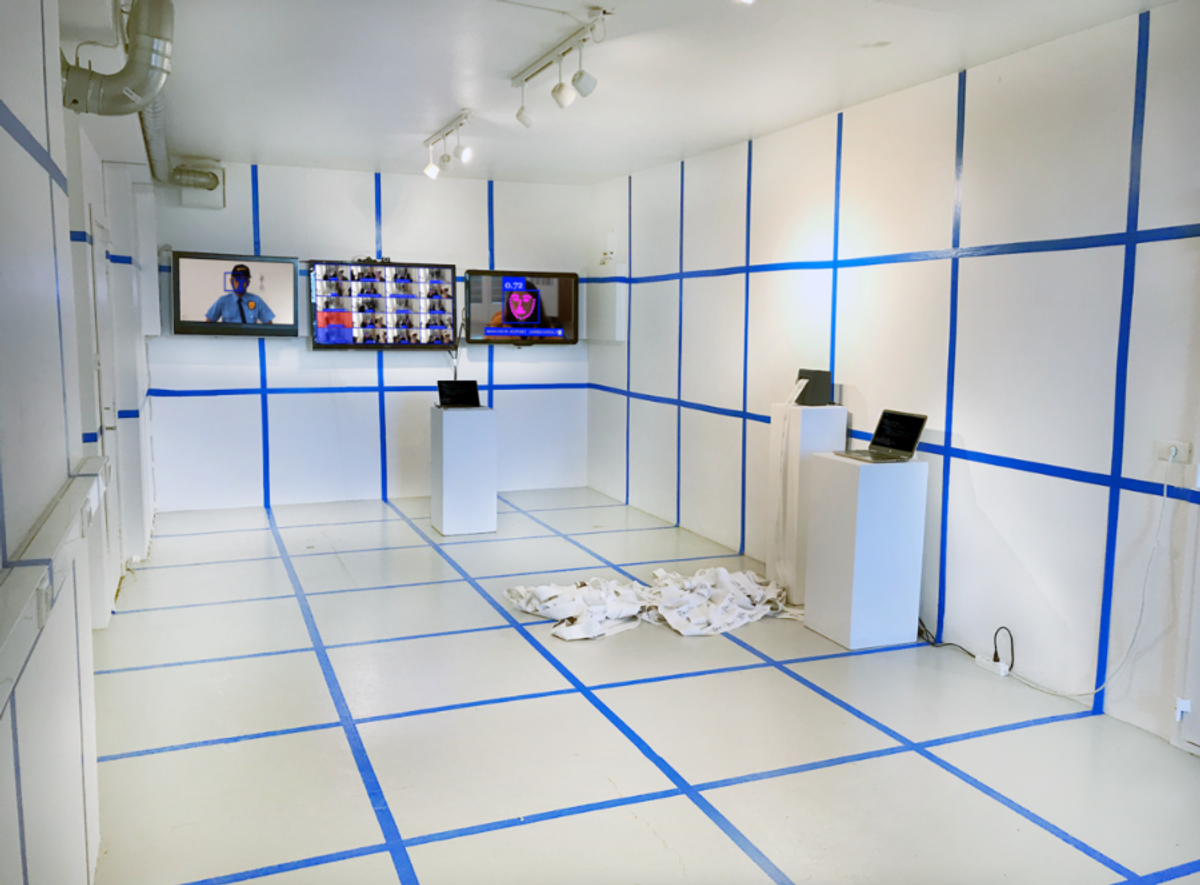 BIOMETRIC EXIT is a solo exhibition by Montréal and New York based artist duo Jake Laffoley and Lionell Guzman. Their installation at MIDPUNKT, Iceland explores the normalisation of monitoring and surveillance in all domains of public and private life. Since the 90s CCTV cameras have been added in urban areas for the state purposes of “security”, but in fact are often used to create networks of hyper-surveillance and consumer formation. In a moment when the total number of people on earth is increasing at an unprecedented rate, surveillance is one of the few phenomena which is growing faster: in China there are currently 170 million cameras and it is projected by 2021 there will be 570 million.

BIOMETRIC EXIT explores the phenomenon of Autonomous Facial Recognition (AFR) which is controversially used as an algorithmic weapon. It has been well acknowledged that AFR technology’s current limitations have shown that the systems are inaccurate in identifying racial minorities, women, and transgender people. AFR is deployed on subjects who do not have the choice to opt out, while their biometrics are stored in private databases without consent. The American scholar Shoshana Zuboff has stated that surveillance capitalists simply declared our private experience to be theirs, and translated it into data for their private ownership and their proprietary knowledge. Often used in policing, the technology disproportionately harms people already subject to profiling.

The installation BIOMETRIC EXIT is comprised of an unreliable Computer Vision (CV) algorithm that creates real-time facial recognition, reading expressions and falsely noting predictive behaviours. A live database stores all attendees of the exhibition while a POS printer churns out all of the data in a physical format as part of a surveillance ecosystem.As a form of learning, how to disrupt, reject, and confuse the algorithm BIOMETRIC EXIT functions as a mitigated version of the CV apparatus. DIY dust masks are available as a facial camouflage for those attempting to view the exhibition incognito.

For the opening there was a satirical performance live streamed whereby we get the inverse experience of surveying into the bureau of a surveillance moderator played by Lionell Guzman.Curated: by Snæbjörn Brynjarsson and Ragnheiður Sigurðardóttir BjarnarsonCode: Manjit Bedi, Minh Duc NguyenAssistance: Rachel Dare and Minh Duc NguyenSupported by: the City of Kópavogur 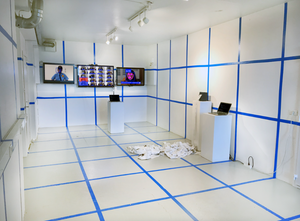 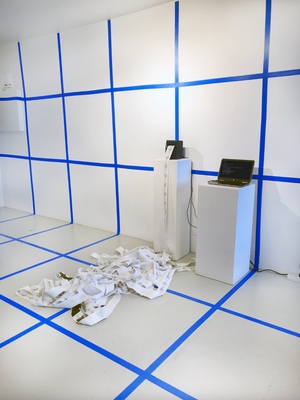 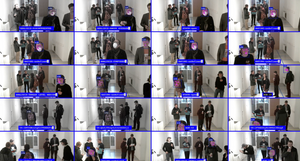