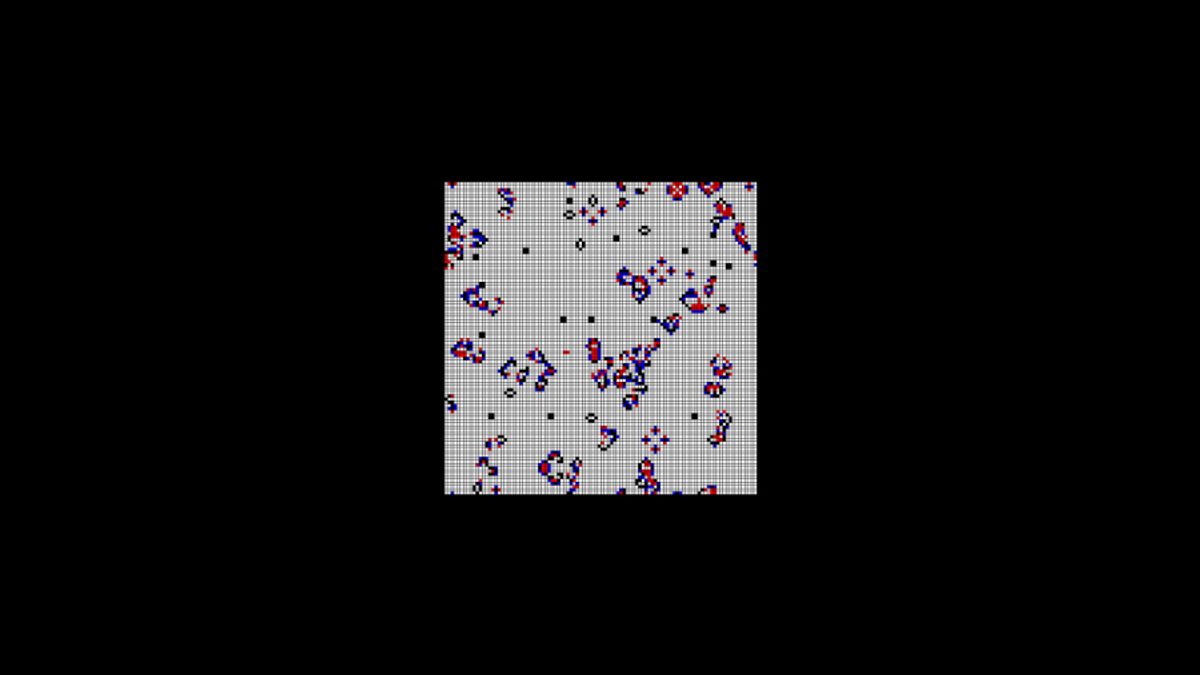 This sound performances discusses the possibilities in generative art, focusses on the methods of algorithmic compositions and refers to the existence of our world by social and local interactions of human. It is part of my final assignment and is connected to a research paper for the technical university of Dresden. The goal is to analyse methods of algorithmic compositions with the concept of cellular automata in the case of music creation. Different pioneers like Peter Beyl or Eduardo Miranda offered with their latest work the great fundament which will be discussed and presented. In this work the model of cellular automata is used to generate compositions and displays the relations between the mathematical concept and a MIDI-parametric sonifications. Cellular automata (singular: automaton) are a class of spatially and temporally discrete mathematical system that can be characterized as a form of an evolution of of cells in space. The cells, its internal components, can take different states (mostly discrete). Starting from an initial state configuration, the cellular automaton progresses deterministically the succeeding generations and develops complex systems and behaviour while time evolves (mostly discrete time units). Its processes are consisting of a number of simple internally interacting components, mostly cells that indicates the term cellular automaton. There are several models of cellular automata for specific applications and can be found in many scientific domains like biology (cell population), chemistry (fluid spread), computer science, mathematics or art (generating art works with cellular automata). In this work a MIDI based cellular automaton is developed that can be connected to any kind of monophonic synthesizer. The particularity of this sonification is that the local interactions are taken for the sound generation. This is an attempt to the idea of Zuse's calculating space and offers the sound of the universe or rather the tone of the totality (so: la voix totale) of space, time and matter. The realization of this work is done in the programming environment Processing, a language based on JAVA.

The idea is to connect algorithmic methods into a audio-visual performance in order to evolve generative music in a real-time composition. The sound is generated by a cellular automaton and performance space refers to the universe. The rules of the cellular automaton are based on local interactions of the cell components. This was the main idea of Konrad Zuse's digital representation of the universe with the calculating space. The chairs are placed during the performance randomly in space, so that each pair of chairs are facing each other, enforcing the idea of social interactions dually to the local cell interactions of the automaton or rather equally the universe. That is that the audience enters into a cellular automaton, the universe and hears the sound of the universe that is generated by its components, the cells or rather themselves. The states are now represented by the audience, either standing, sitting or walking and the important note is that the audience are able to change their states. So they might stand up again or sit down, explore the space and still be aware of the existence of the others (other cells) and local relations and interactions (for instance, watching, talking or let others sit). The concept focusses on the enforcement of the importance of local interactions by the human that can be unconsciously experience in this sound performance. 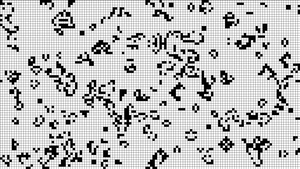 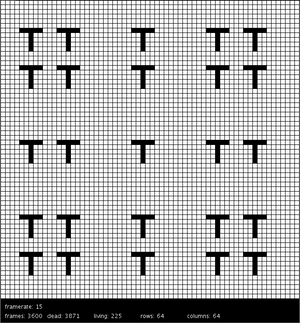 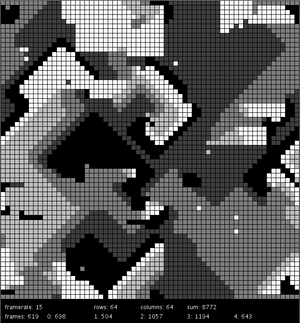 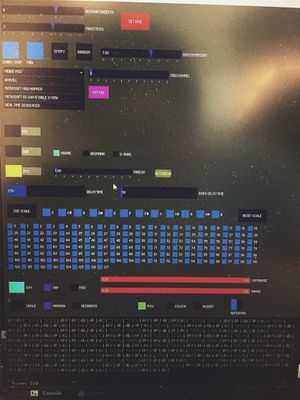 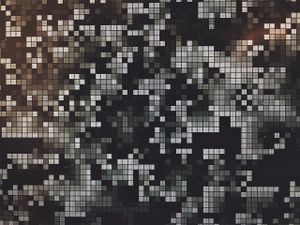 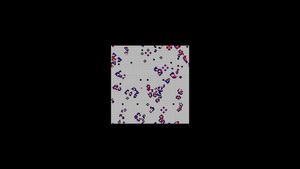 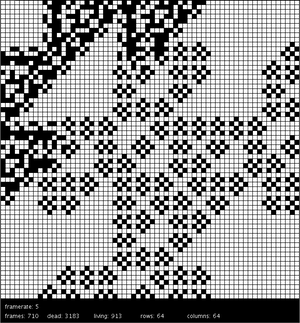 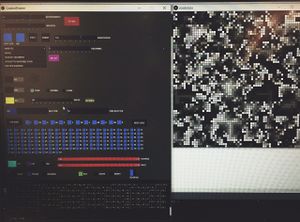